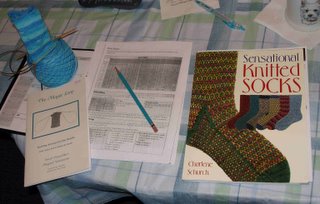 Training Gauge knitting is done. Materials are gathered. It's time to frog the gauge swatch and prepare to cast on. Let the games begin! 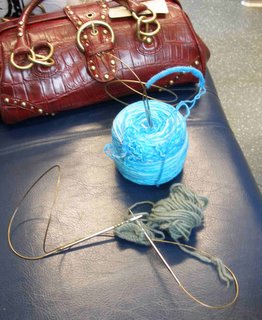 Stitches were cast on after the flame is lit, and I attempt the Magic Loop with some practice yarn--successfully!

I begin the Vesper sock with Magic Loop. I wind up with this giant gap. (What the @#$^#?) Two rows later, after an unsuccessful attempt to close the gap, I frog the sock. I then cast on, frog, cast on, frog... many, many times. After lord knows how many attempts, I decide that I'm just too tired for this tonight and I should probably just get a good night's sleep.

After a good night's sleep... Success! 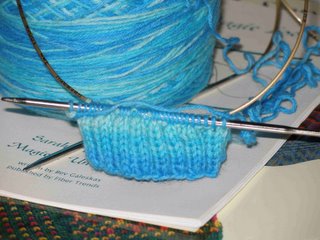 Of course, a cupcake helps to provide energy some much needed energy. 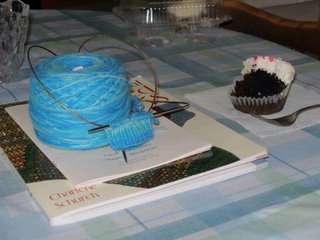 The sock enjoys watching an interview with Kelly Clark... 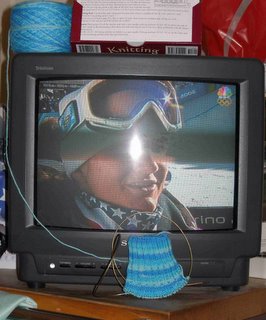 ...as well as the Westminster Kennel Club Dog Show. 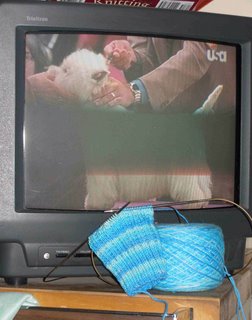 There's just too much on T.V. tonight...

Hi there,
Yes, looks good! Love the color... but can I ask... are you getting much of a "ladder" with the magic loop? I'm new to socks, tried out the magic loop and I thought I liked it.. but I could NOT quit making HUGE ladders.. so I went back to good ole DPNS and things seem to be going better... but then again, ya never know!