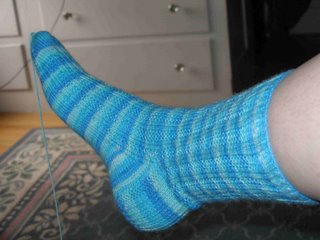 My Vesper sock--well, sock #1, at least! I finished this last Saturday morning. I was so excited that I had to take the picture before I wove in the ends! 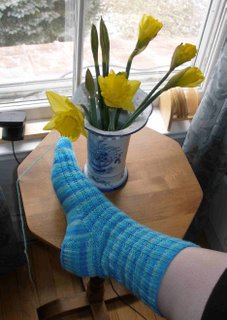 I absolutely love-love-love this sock! I'm working on the leg of sock #2 now, and I'm so looking forward to wearing both of them! This sock is making me so very, very happy!

Is it wrong to love a sock this much?
Posted by Elizzabetty at 11:57 PM 2 comments:

A little bit of knitting

I've still been wicked busy, but until I'm able to do some quality blogging, here's some knitting from the train... 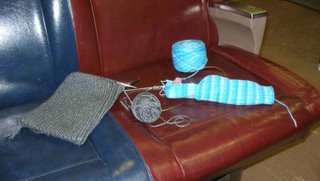 ...and the Vesper sock went to an Islander game Friday night. 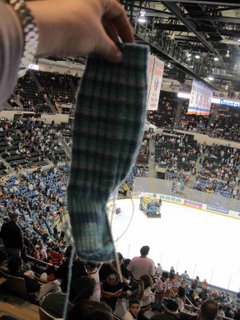 (The sock managed to get on the Jumbotron--unfortunately, my camera's battery died shortly before the socks moment of fame. Figures, huh?)

And finally, I was visiting my sister in Massachusetts this weekend and got to meet the newest member of her family... 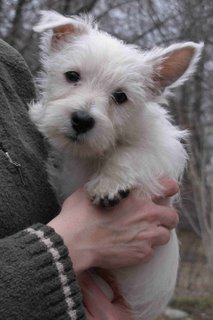 His name is Bunker--as in Bunker Hill. My nieces named him.

So, what do you think I'll be knitting for next winter? Can you say "Cascade 220 dog sweater"? 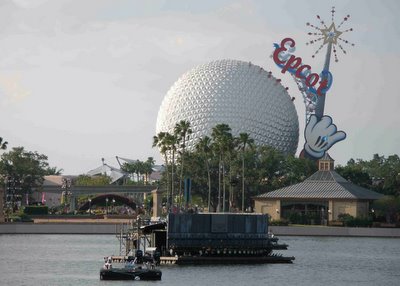 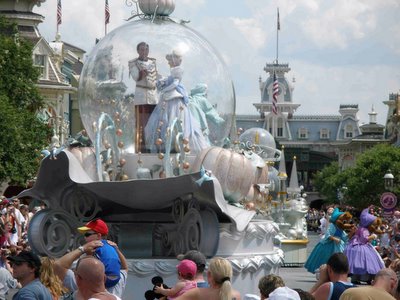 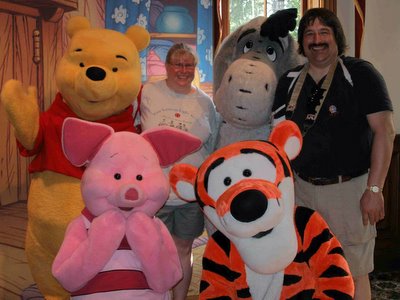 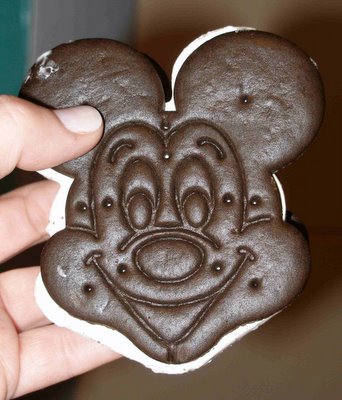 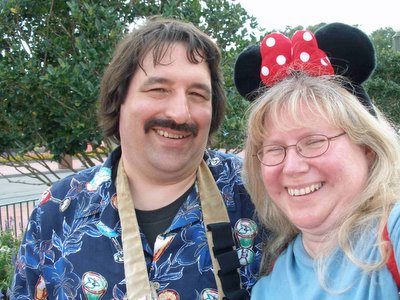 Posted by Elizzabetty at 9:46 PM 2 comments:

It's been a really long time since I've posted here. I apologize, life's been getting in the way. You know, some of the usual things--work, the-book-that-shall-remain-nameless-in-its-online-format, and a couple of trips up to Vermont. I'm still breathing giant sighs of relief over being excused from that trial, which has finally started. I had a couple of issues with my Olympic Knitting project and unfortunately wasn't able to finish the first sock. However, like the marathon runner who crosses the finish line hours after most runners have gone home, I'm going to keep chugging along with it.

And as if getting engaged wasn't enough, Jim and I are seriously considering buying a house. We've found something up in Vermont (just 5 miles from where is is now), and although it has some issues, we really do love it. This past Monday we went back to see the house again. I took tons of pictures, which I'll spare you from for now, but I've gotta show you one in particular. 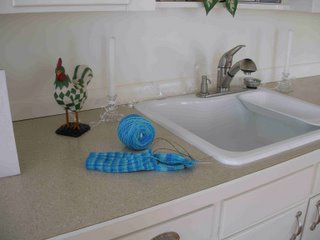 I'll try to get caught up with my blogging over the next couple of weeks. There's yarn to show ya, and even the littlest bit of progress on my various projects. Later!
Posted by Elizzabetty at 10:27 PM 2 comments: