I didn't realize how long it had been since I last posted until Punkin pointed it out to me. Yikes! So much for my mid-year's resolution.

Of course, work has been hectic--as usual. The end of last month one of my editors, Blogless Elsie, left the company (good opportunity for her, very sad for me), so I had a couple of weeks of finishing up her projects. An now we're smack dab in the middle of the-book-that-shall-remain-nameless. (The authors want us to process 3,000 pages by the end of the week. Yeah, right...) So instead of a long drawn out entry, here's just a few bullet points for you. 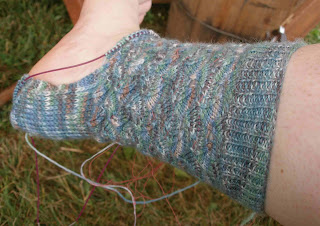 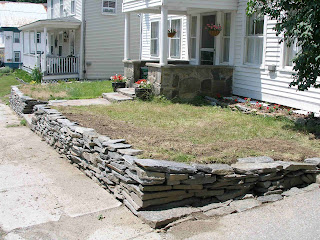 *By the way, Historic Preservation is in absolutely no hurry to arrange for the inspection required by legislation. In the meantime, Jim managed to arrange (at great expense) for an independent inspection by a leading artillery expert earlier this month. We're still waiting for his final report, but basically he said that "the tube is in as good a condition today as it was in 1863 when it was first inspected."

Posted by Elizzabetty at 1:16 AM

Glad to hear you're doing okay - have fun this weekend!

So sorry, Dude. So sorry. Hate to have left you in the lurch.

But hey, the wall looks great! (The whole house does.) And the sock's looking awesome!

... And we'll catch up soon properly over some knitting and potent beverages.